A tourist visiting Walt Disney World last week fell ill just before he was scheduled to return to his home outside of Houston, Texas. The doctors diagnosed him with what medical professionals are calling a “Magic Deficiency” which is caused by suddenly being deprived of Magic.

The story starts when Hans Jameson flew to Orlando for his annual Walt Disney World vacation. For eight days, he was surrounded and penetrated by Disney’s patented “Magic” which encapsulates all things at the Walt Disney World Resort. Suddenly, it was time to go home and the Magic was gone. That’s when Jameson fell ill.

“As soon as I got to the airport, I knew something was up,” Jameson said. “I felt terrible. At first I thought it was maybe something I ate, but deep down inside I knew I wasn’t feeling as magical as I was an hour earlier.”

Those in Jameson’s travel party went on to tell us that they knew something was wrong when he told the gate agent that he didn’t have Advanced Dining Reservations for the flight home.

Disney’s Magic is a patented technology that embraces all who enter the Walt Disney World Resort. It gives people a sense of happiness and joy that goes unmatched in their real lives. But if you do not harness its powers correctly, you are doomed to succumb its effects.

“You must feel the Magic around you; here, between you, me, the tree, the rock, everywhere, yes,” said Thomas Jefferson Geronimo III, Vice President of Disney’s Magic Penetration Initiative. “With the Magic as your ally, you can accomplish anything.”

Geronimo did admit that a sudden loss of Magic can cause upset stomach, vomiting, diarrhea, bloating, fatigue, headaches, and in some cases, death. He also said Magic Deficiency is incredibly contagious and has a way of “really bumming people out” who are nearby.

Many of these symptoms were exhibited by Jameson. Other travelers noted seeing him swaying back and forth in his chair, having a hard time keeping himself upright.

“I saw the dude at Gate 110 and it didn’t look good,” said Marlon Campbell, a fellow airline traveler. “I asked him if he wanted a Sausage Egg McMuffin from McDonald’s or one of those day-old sandwiches behind the glass case at Starbucks and he just looked at me and choked back his vomit.”

Jameson, led by his wife Denise, quickly altered their travel plans as not to compromise the other passengers. Once their flight was changed, they quickly sought out medical attention.

“I see this almost every day,” said Dr. Ronald Zorders, who practices at Orlando’s International Airport. “People are so jazzed up from getting Magic jammed into them 24/7 that when it’s time to go home, your body is left going ‘huh?’. It’s very serious and precautions should be taken before it’s time to return home from Walt Disney World.”

Dr. Zorders suggested that guests should spend their last vacation day relaxing by the pool or doing some other activity that has little-to-no Magic involved like viewing the Circle of Life show at The Land pavilion at Epcot.

“It’s best to try to start weening yourself off the Magic before you’re about to go home,” Dr. Zorders concluded. “Disney World is full of Magic and your life has absolutely none, so it’s best to try to bridge the gap somehow.”

Dr. Zorders also suggested taking Ecstasy two hours before your flight to help smooth the transition from “Magic” to “No Magic.”

Do you have a Magic Deficiency story? Let us know in the comments below. 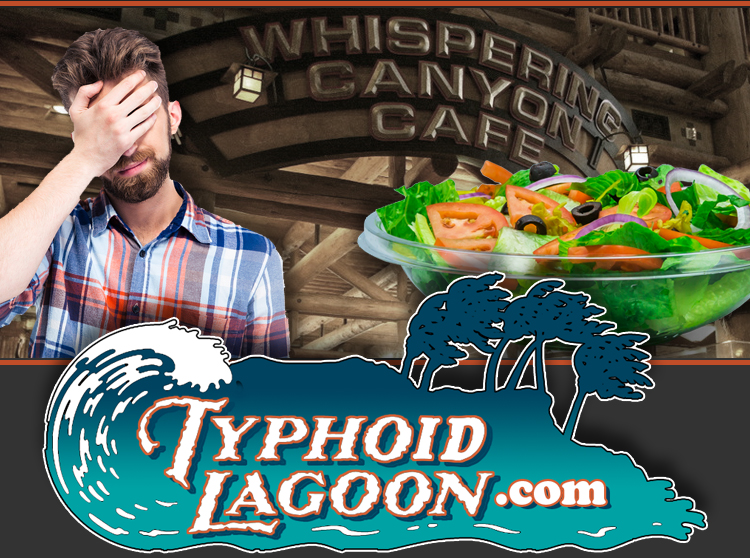