The 2016 Presidential Candidates are making their final desperate stops at Walt Disney World today in an attempt to sway any undecided voters. Presidential nominees Hillary Clinton, Donald Trump, Gary Johnson, and Jill Stein will be campaigning throughout the resort.

Secretary Hillary Clinton will be campaigning outside the Rock ’n’ Roller Coaster and Tower of Terror area of Disney’s Hollywood Studios between 2pm and 4pm.

Donald Trump will be campaigning inside the it’s a small world attraction at the Magic Kingdom from 1pm – 3pm.

Jill Stein will be campaigning inside the Avatar area of the park that is still under construction from 4pm – 4:15pm.

Gary Johnson will be campaigning via a submersible suit inside the Seas pavilion at Epcot from 9am to 5pm.

The candidates will be addressing guests who have been procrastinating this entire election cycle in trying to decide for whom they should vote. The Disney park guest demographic is always a crucial one that often makes-or-breaks a presidential candidate. The collective park guest voters represent 42 electoral votes.

“It’s extremely important that we capture these votes,” Secretary Hillary Clinton told us via Skype. “The Walt Disney World Resort park guests have a long history of being instrumental in picking the next President of the United States.”

We reached out to Donald Trump for comment but his Campaign Manager sent this statement: “Donald J. Trump is really excited to come to Disney World, so excited. It’s going to be grand and it’s going to be big. He’s going to talk about things, a lot of things. Some things will be great, other things won’t. He’ll talk. People will listen. It’s going to be yuge.”

The other presidential candidates had only AOL Instant Messenger usernames listed for their contact information, but I uninstalled that program years ago, so they could not be reached for comment.

“This is very exciting for us at Disney World,” said Thomas Jefferson Geronimo III, Vice President of Disney’s Presidential Visits from Potential Presidents Division. “Any presidential candidate needs to make a stop here at Disney World to secure our 42 electoral votes. It’s fun to see them battle it out in front of our park guests.”

Geronimo went on to tell us that of all the presidential candidates, Gary Johnson was the first to secure his spot for campaigning.

“It’s true that Johnson called us first,” Geronimo said about Johnson’s request to campaign via a submersible suit in The Seas pavilion. “But he reserved that time before he even thought about running for president. It was a pre-existing reservation that he would have had regardless of him entering the presidential race or not.”

TyphoidLagoon will have our reporters at each of the parks to document the campaign speeches by each candidate. Come back for updates. 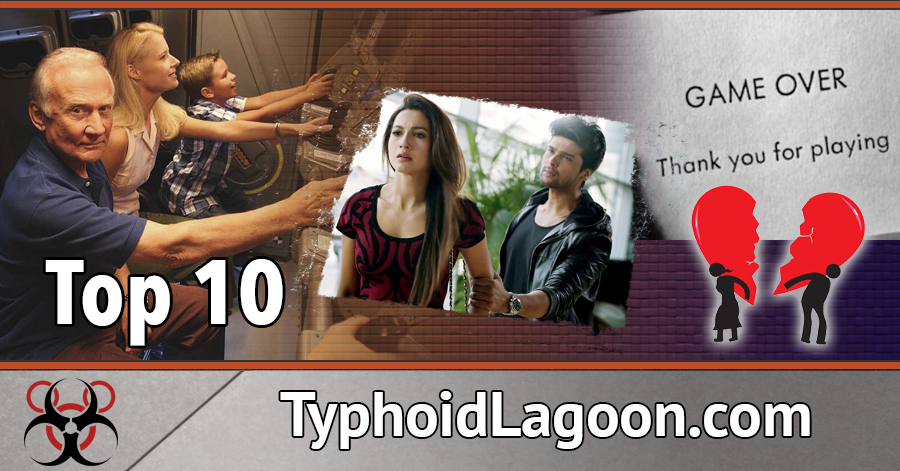